ABSTRACT/  THEME:
In 2017, Richard Peterson, Professor Emeritus of College of the Sequoias in Visalia, CA, organized the first “Trumped” portfolio exchange.  Peterson invited Lithoholic's Non-Anonymous, a group of artists made up of former students, faculty, and workshop professors to participate.

When asked about the original inspiration for the “Trumped” portfolios Peterson said “I have been sitting in my bathrobe for one year drawing on my I-pad listening to CNN. I know every stupid thing Trump has done, I know he doesn't pay taxes, he grabs women by their pussies, makes fun of the disabled, (has) stated that women with little titties will never be a ten, he thinks all of my Mexican friends are murderers & rapists, (has) demanded an investigation into voter fraud of the exact amount of popular votes won by Hillary Clinton, saying that the undocumented voted & some dead people too…”  He recalled, “after Howard Stern said that his daughter Ivanka was hot, Trump replied ‘I'd date her.’”

Listening and watching this, in the words of Peterson, the “history-making reality TV presidency show” inspired Peterson to organize both of these portfolio exchanges.

In 2019, the second volume, “Trumped 2.0” was put together, this time Peterson co-organizing with Beauvais Lyons, a Chancellor’s Professor from the University of Tennessee, Knoxville, who printed the title page/ colophon.  This second volume has many of the same artists and some new faces. The Trumped 2.0 exchange was mailed to participants the week that it was announced that Joe Biden and Kamala Harris won the U.S. Presidential and Vice Presidential election.

All prints use lithographic methods and are printed by the artists on 15 x 20 inch archival paper. Click here to learn more about lithography: https://en.wikipedia.org/wiki/Lithography.
CLICK HERE FOR​
PARTICIPANTS' biographies
​and websites 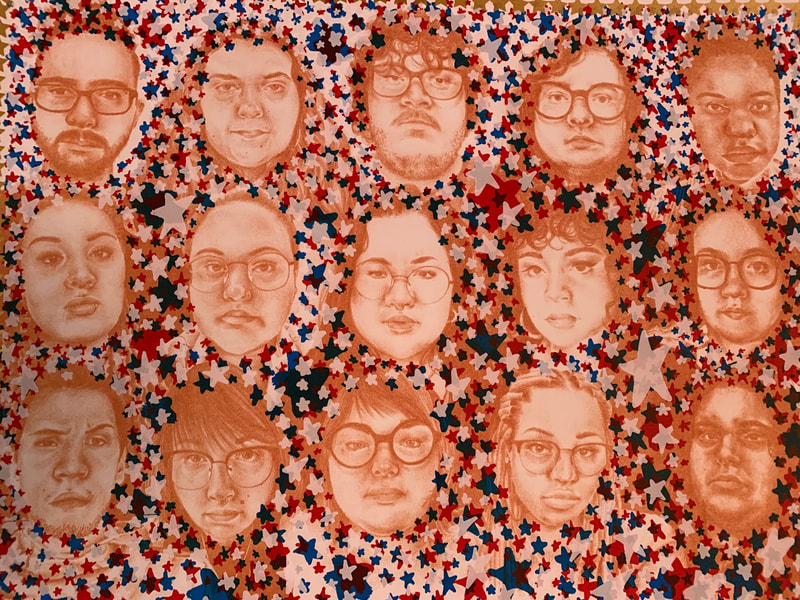 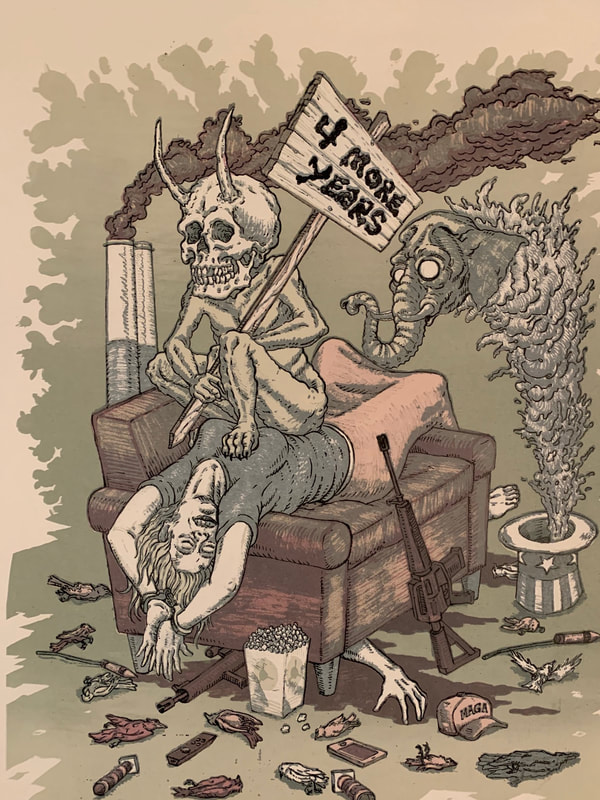 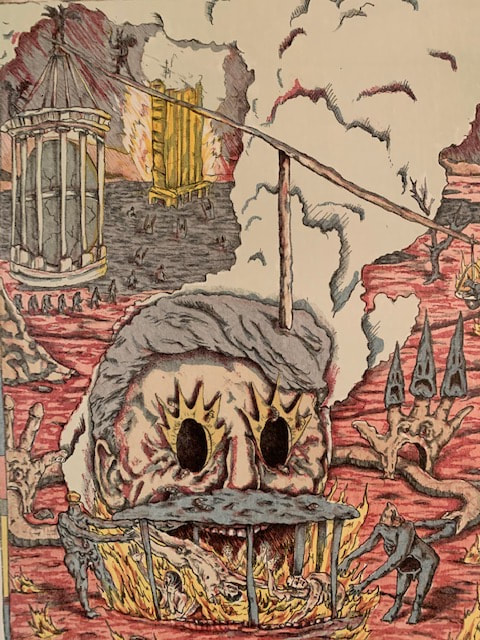 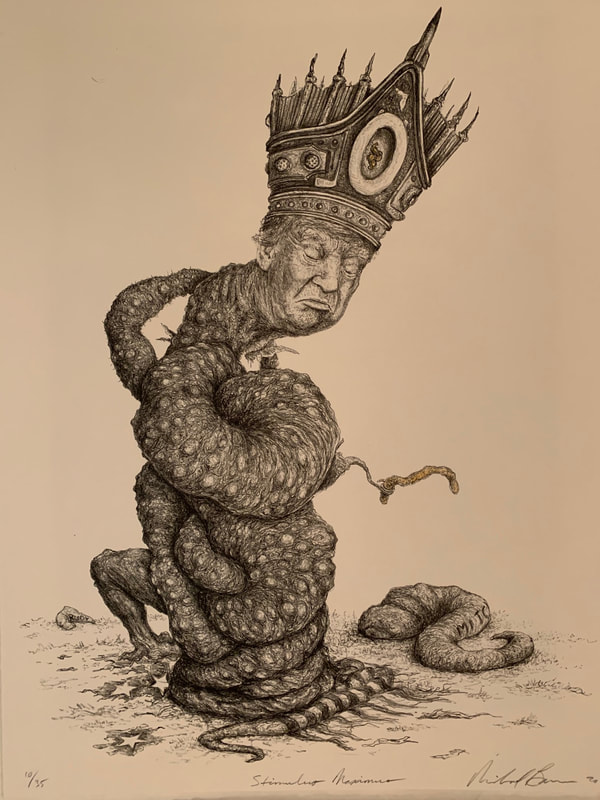 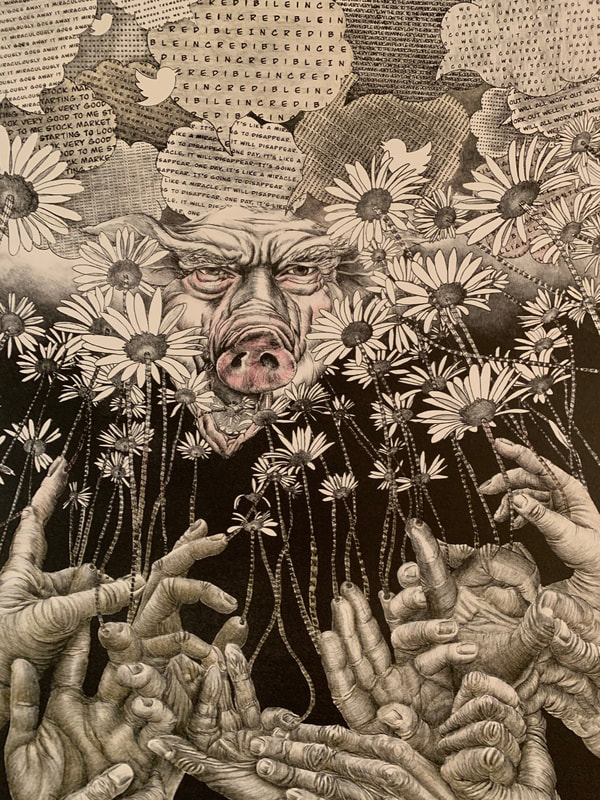 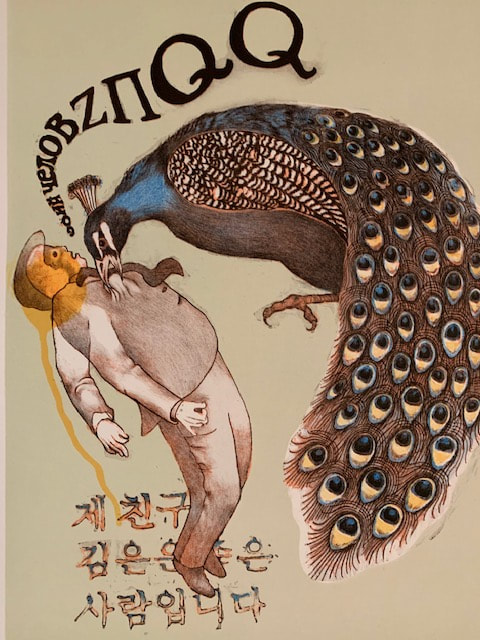 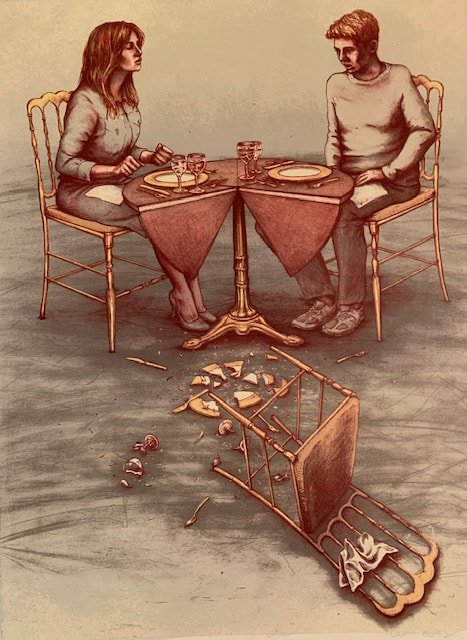 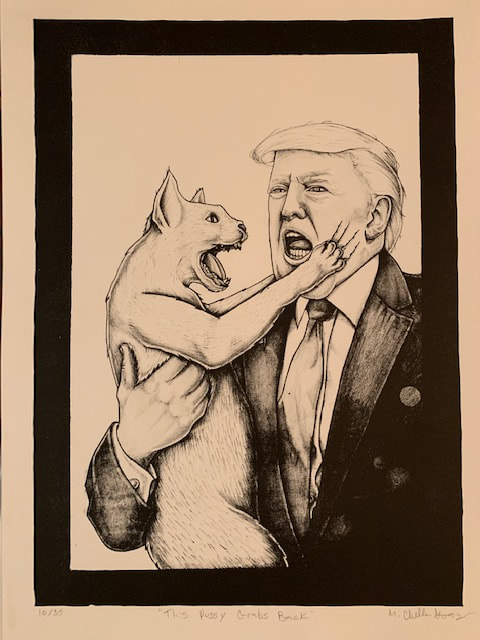 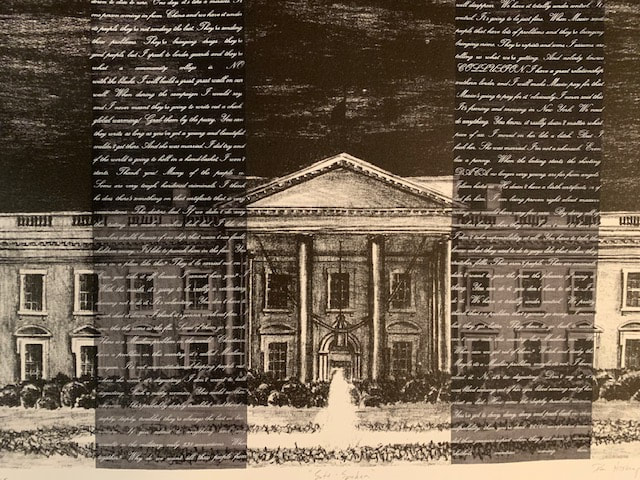 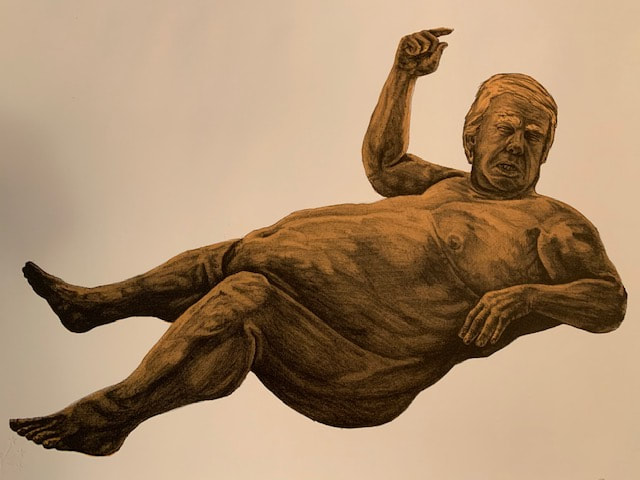 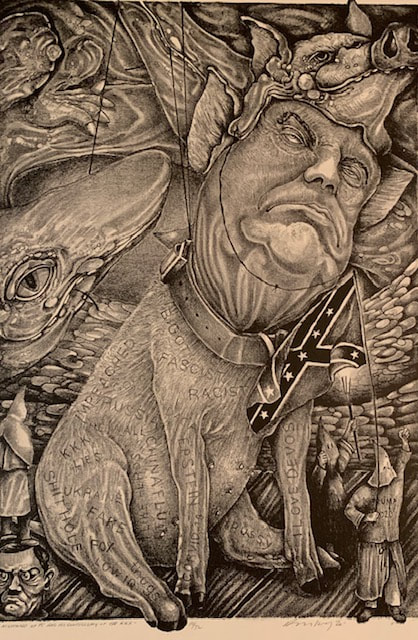 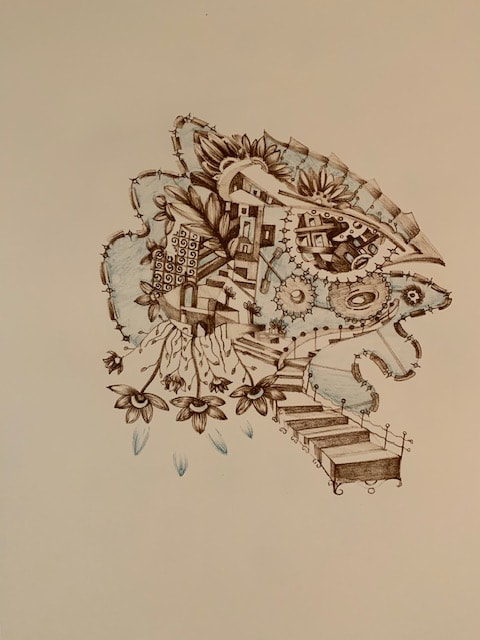 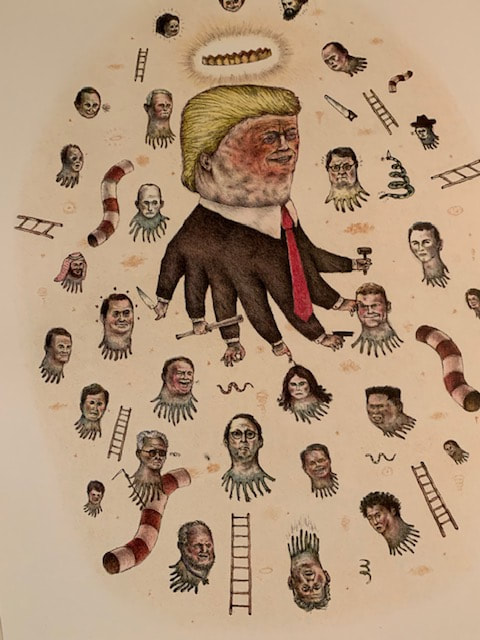 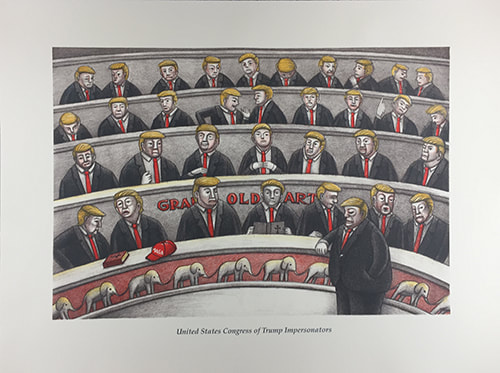 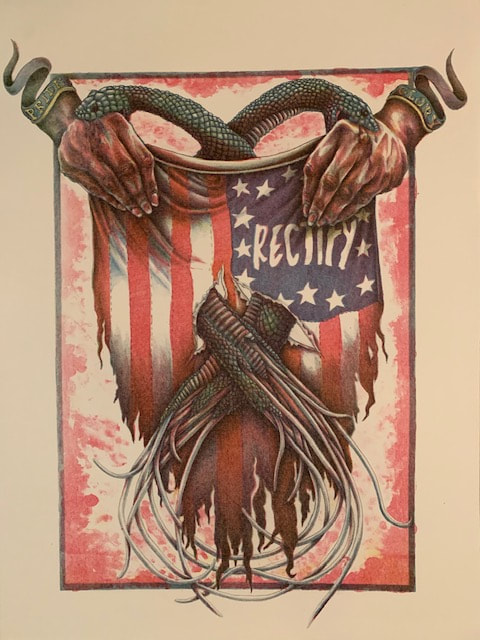 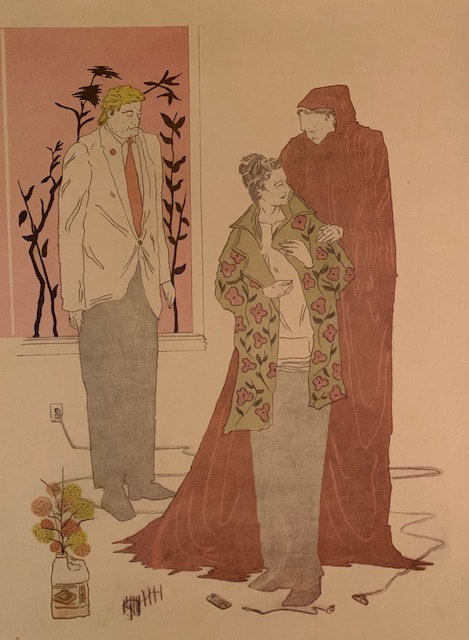 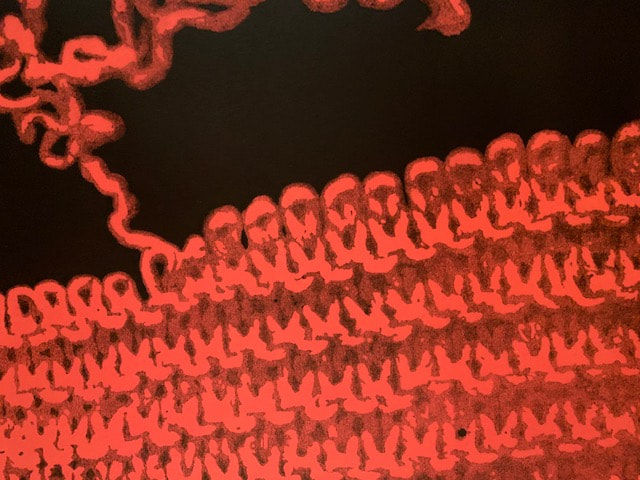 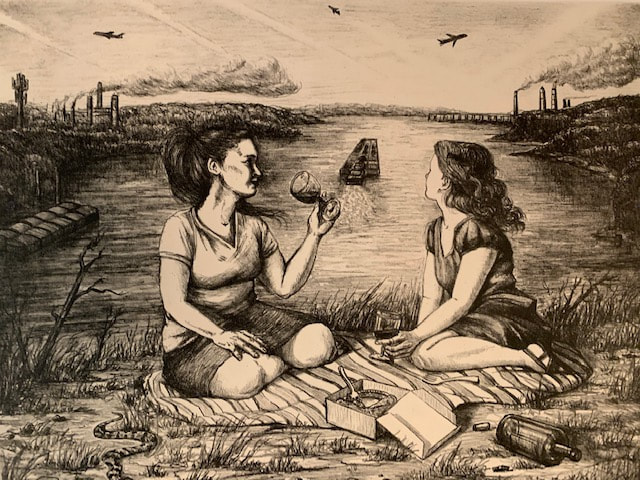 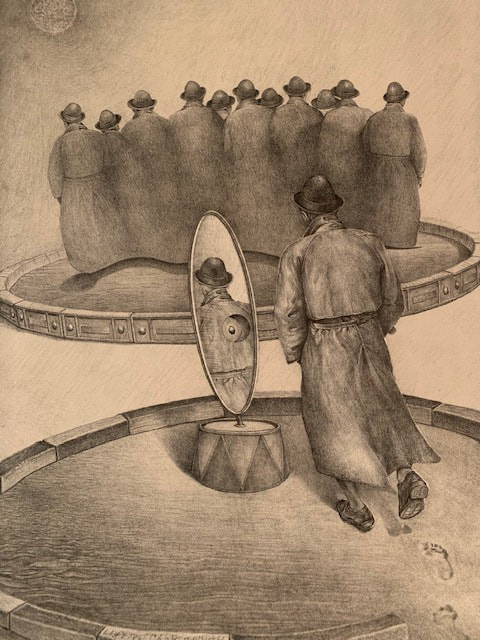 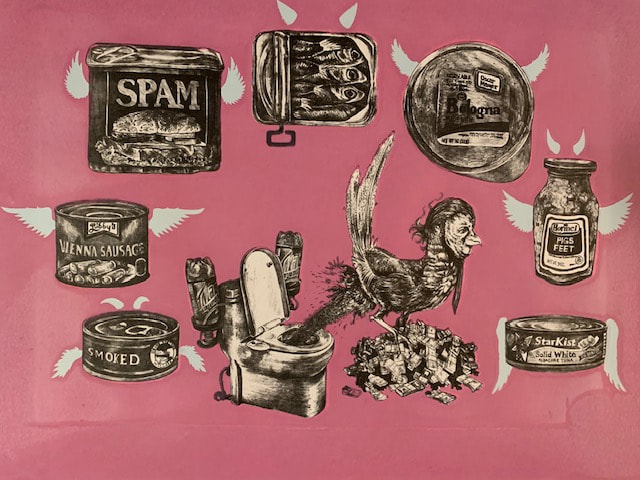 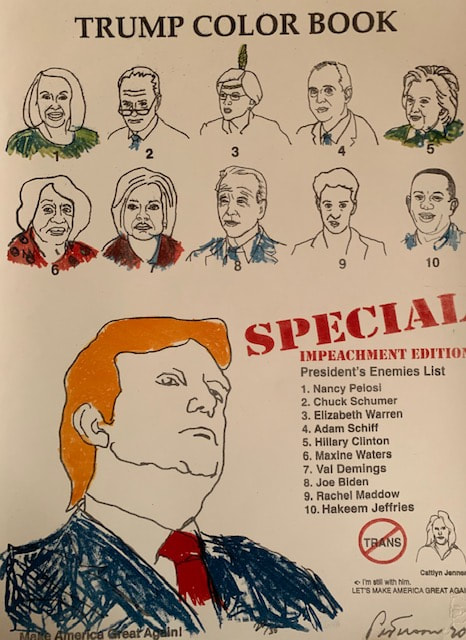 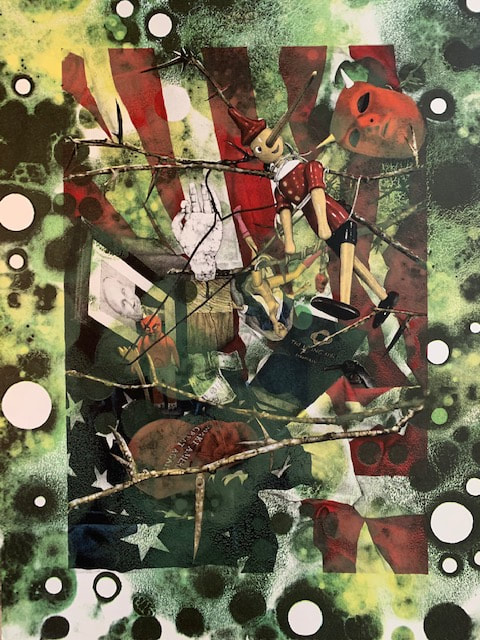 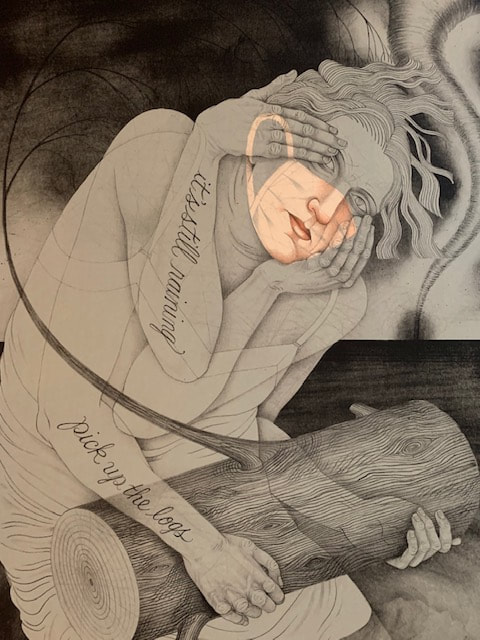 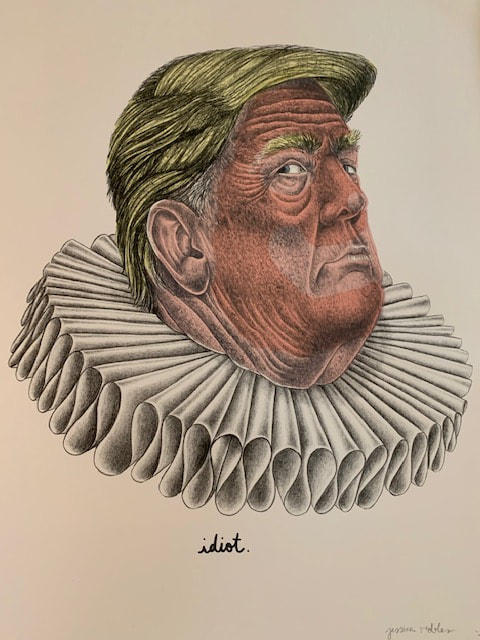 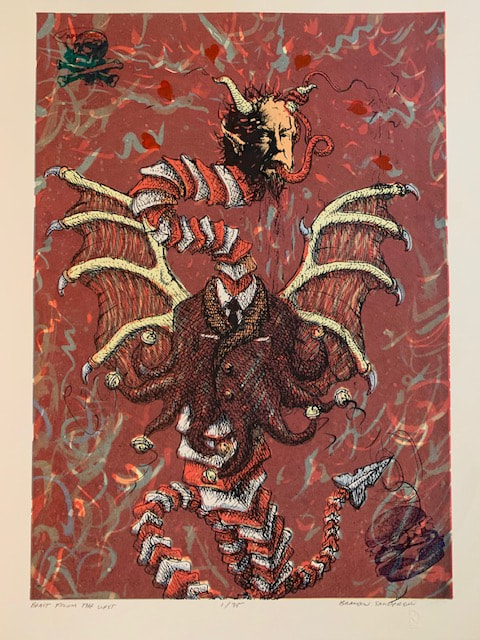 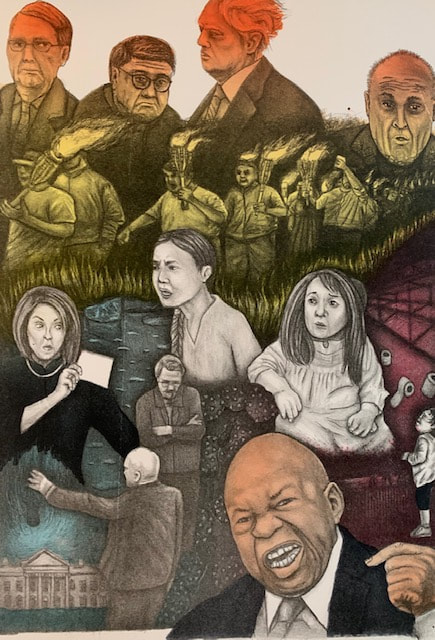 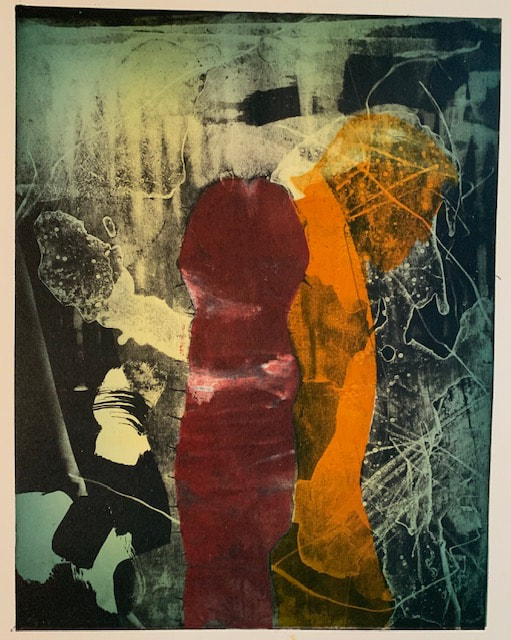 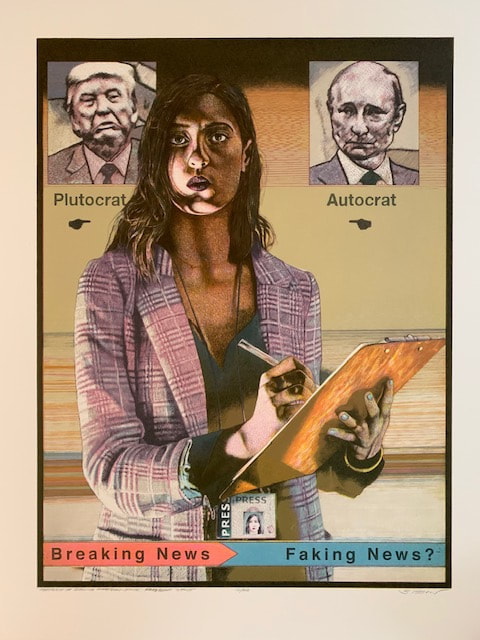